How many states are in Mexico? 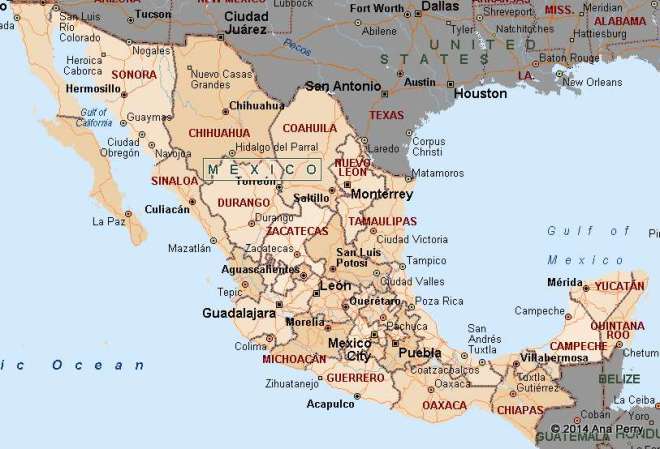 There are 31 states plus the Federal District  of Mexico City. The largest state is Chihuahua in northern Mexico and the most populous is Mexico City with about 10 million people.

Boquillas Canyon was taken by me at Big Bend National Park, Texas. While I was not in Mexico the photo over looks the state of Coahuila.

The other three photos were taken by my daughter, Ashley.